Empower One Girl, Transform a Community 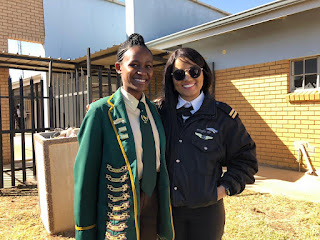 “Empower One Girl, Transform a Community:” a phrase I’ve heard before, but only truly hit home recently.


A few weeks ago, I was invited to speak at a school in Soweto, Johannesburg that specializes in STEM (Science, Technology, Engineering and Mathematics.) A truly remarkable school to say the least.


There, I met 17 year old Lesego. Lesego was part of a group of learners who built a Sling II Aircraft that recently flew from Cape to Cairo. She shared her story of how she was chosen to be part of the team who undertook this great feat. Although she had never flown, let alone been in an airplane, she was excited to contribute to this project and for the opportunity that was bestowed upon her. Lesego’s story is one of courage, a profound resolve and hope. Through sheer strength of will, she has taken control of her own future. What inspires me most about her is her belief in the power of education to change her life and the lives of those in her community.


Her journey has taken her to TV studios across the country, to schools, sharing her story and most recently, she was invited by President Cyril Ramaphosa to this year’s Parliamentary State of the Nation Address.


Meeting Lesego and engaging with her has reiterated the importance of empowering young women as a way to change the world and that education is a crucial first step to this.


Kathy Calvin, United Nations Foundation President & CEO, was quoted saying ; “ Girls are one of the most powerful forces for change in the world: When their rights are recognized, their needs are met, and their voices are heard, they drive positive change in their families, their communities, and the world.”


There are more than 500 million adolescent girls in the developing world today. Every single one of these girls have the potential to break the cycle of intergenerational poverty, with ripple effects multiplying throughout her society.


There’s a beautiful quote I recently read and think is absolutely appropriate: "The hand that rocks the cradle, the procreator, the mother of tomorrow; a woman shapes the destiny of civilization. Such is the tragic irony of fate, that a beautiful creation such as the girl child is today one of the gravest concerns facing humanity.”


Girls have the power to change the world. And yet today, girls are more likely than boys never to set foot in a classroom, despite all the effort and progress made over the last two decades. More than 15 million girls of primary school age will never learn to read or write, compared to 10 million boys. I truly believe that a girls education not only empowers families, but it empowers communities and economies. A result of HER education, we all do better. 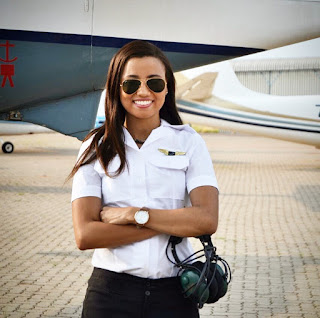 I’m often asked what it’s like being a woman in a male-dominated field, whether I get treated the same as my male counterparts, and what my reality is as a woman working in aviation. It’s no secret that challenges are magnified for women attempting to successfully penetrate and persevere in historically male-dominated work environments. And while feminist debates about women in male-dominated fields may get old for some, a few of us still believe that it’s an issue worthy of attention. You could argue that aviation is completely open to women. As open as it is to men, in fact. But if you will, appease me for just a moment. Imagine this; you’re an 18 year-old girl who has dreams of becoming a pilot, and even though you have never seen a female pilot, you want to learn how to fly. You do all the research. You find Flight Schools and you muster up the courage to visit the Flight School closest to you. You walk into the reception area and…   …nothing.   After a few people walk 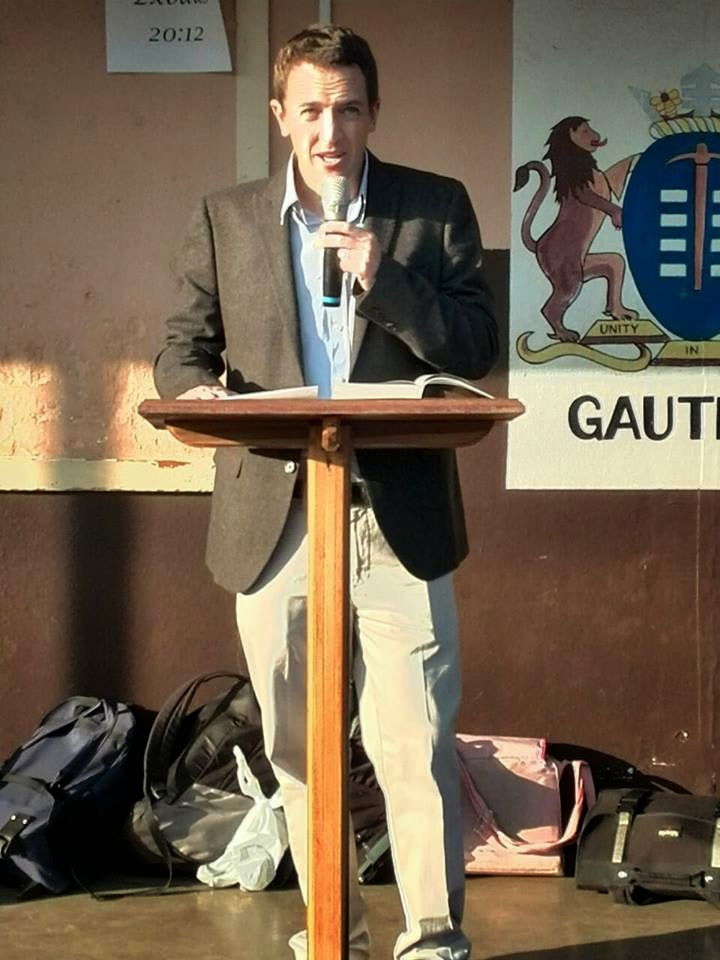 On Monday, 18 August, I visited Fred Magardie Primary School in Eersterust, Pretoria. What a special morning it was. I was joined by former airline pilot and aviation medical examiner Dr. Bjorn Buchner. We spoke to the kids about how important it is to protect, nurture and vigorously pursue their dreams. Dr. Buchner told the children about his life as a pilot and as an aviation medical examiner. Not only did he induce interest in aviation, he planted seeds of hope for a brighter future. The message we hope to bring to each child is that anything is possible. If we work hard towards our goals, it can be achieved. We are wired for a future full of unique possibilities. No matter your circumstances, you have infinite potential. As Mac Anderson so eloquently put it; “Behind me is infinite power. Before me is endless possibility. Around me is boundless opportunity. Why should I fear?”